In June 2000, scientists triumphantly announced they had deciphered the human genome, the blueprint for human life. This announcement did not mark the end of the project. In a sense, it was only the beginning.

In April 2003, the human genome project consortium announced the completion of Phase II of the HGP, which involved producing a complete, high-quality human DNA reference. Completion of this stage was a large-scale endeavor for the BCM-HGSC. The center was responsible for determining the DNA sequence of chromosomes 3, 12, and part of X. These sequences represent about 10 percent of the human genome.

The field of genomics is now in a new phase of exploring individual DNA sequence variation and its association with human diseases. A major focus of the BCM-HGSC is the deciphering of the genetic architecture of common complex diseases. These include cardiovascular disease (CVD), neurodegeneration and cancer predisposition – all major causes of adult death with strong heritable components.  Understanding the genetic architecture of these disorders is the key to identifying gene changes that directly cause the diseases in order to direct therapeutic strategies. This pathway from ”bench to bedside” is the foundation of the new national initiative in Precision Medicine.

In direct response to this new era, the BCM-HGSC has launched the HGSC Clinical Lab (HGSC-CL), which has a complete infrastructure to support large-scale sequencing and genomics projects. With its sophisticated informatics core and pipeline and state-of-the-art technology development core, the CAP accredited/CLIA certified HGSC-CL can deliver clinical test grade data for returning results to diagnosing physicians.

Most contemporary genomic studies have achieved adequate power by increasing the size of the discovery sample to tens or hundreds of thousands of individuals. An alternative approach for detecting novel genes with variants of functional effect is to measure phenotypes that more immediately reflect gene function. By focusing on proximal measures of cellular, physiologic and metabolic processes, the BCM-HGSC optimizes the size of a gene’s effect relative to corresponding risk factor level or disease endpoint.  For this reason, in addition to studing genetic datasets, the BCM-HGSC places great emphasis on integrating other omic data into genetic analyses.

In support of this effort, the BCM-HGSC routinely generates RNA-Seq data to look at expression patterns across samples and time points. Additionally, the BCM-HGSC regularly evaluates metabolomic and methylation profiles across samples. The BCM-HGSC also works in close partnership with the Alkek Center for Metagenomics and Microbiome Research (CMMR) to assess how the microbiome impacts human health.

Today the BCM-HGSC employs more than 180 staff and occupies more than 36,000 square feet on the top three floors of the Margaret M. and Albert B. Alkek Building. The BCM-HGSC is located on the southwest edge of downtown Houston, the fourth largest city in the U.S., in the Texas Medical Center, the world’s largest medical complex.

The major activity of the BCM-HGSC is high-throughput DNA sequence generation and the accompanying analysis. The center currently operates multiple sequencing platforms (Illumina, Pacific Biosciences, Oxford Nanopore, and Sanger). The sequence data generated by these machines is analyzed in a complex bioinformatics pipeline, and the data are deposited regularly in the public databases at the National Center for Biotechnology Information (NCBI) or cloud partners for secure data sharing. This ensures that the worldwide research community has timely access to the data.

› Request a tour of BCM-HGSC for your organization

The BCM-HGSC Minority Diversity Initiative aims to encourage minority students to pursue a career in the genomic sciences and to address the historical underrepresentation of minorities in the field. We have had great success since the initial launch of our program, and many of the students who have participated are already moving toward graduate degrees in this field. 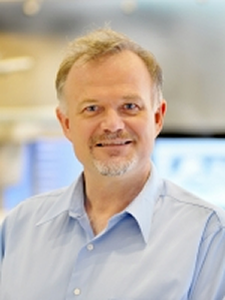 Health and well-being are central to our existence. Our completion of the thirteen year Human Genome Project in 2003 began a remarkable journey, advancing human genetics and the understanding of human disease. Now we are using these findings in the clinic and bringing reality to the new era of Precision Medicine.

The hallmarks of advancement of Precision Medicine are quality, innovation and excellence. The Baylor College of Medicine Human Genome Sequencing Center has quality first, as the foundation of clear progress and advancement. Innovation is key to bringing new technologies transforming discovery and care. Excellence pervades all activities.

In a decade it will be a standard of care to integrate genome analysis into diagnoses and therapies. Our mission is to bring us to that point as quickly and effectively as possible as we tackle heart disease, Alzheimer's disease, cancer and all other genetic maladies.

At age five, she couldn't walk. At 18, she made her college track team. Diagnosed with a rare genetic condition, Alexis Beery now receives the treatment she needs to keep moving fast.