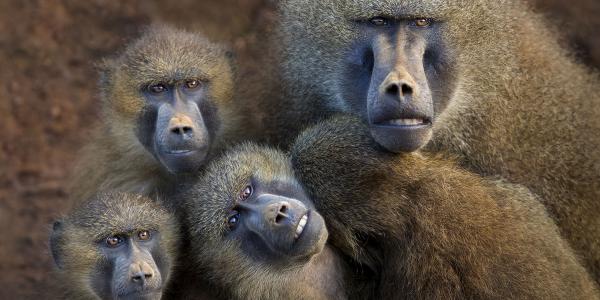 Rapidly increasing efforts to generate whole genome sequences for many vertebrate species are providing a significantly improved understanding of the biological differences among animals across the tree of life. In a new study published in Science Advances, an international multi-institutional research team, led by the Human Genome Sequencing Center at Baylor College of Medicine, reports novel results describing the genome sequences and evolutionary history of six Papio baboon species. This work sheds new light on the fundamental biological processes that generate new species and has implications for the origin of our own species, Homo sapiens.

Baboon populations are widespread across sub-Saharan Africa, and various researchers have conducted extensive analyses of the behavior, morphology and ecology of these species, leading to a detailed understanding of how they have thrived in their respective environments. However, far less is known about how each of the six baboon species arose and became distinct from the others.

“Baboons have long attracted scientific attention because they evolved within the same sub-Saharan African habitat in which early human ancestors arose. The behavioral and ecological differences among baboons make them an excellent model for investigating how a socially complex, highly adaptable primate lineage diversifies over time. In this new work, we show that baboon diversification and evolution was a more complex and reticulated process than was previously recognized,” said Dr. Jeffrey Rogers, associate professor in the Human Genome Sequencing Center at Baylor and lead author on the paper.