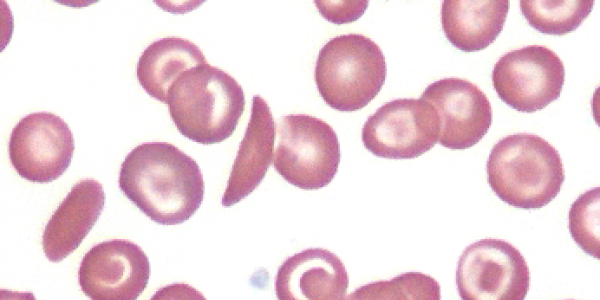 Researchers at Baylor College of Medicine and Texas Children’s Cancer and Hematology Centers have discovered a gene, FOXO3, involved in controlling fetal hemoglobin production and were able to target the gene and “turn on” fetal hemoglobin levels in patient samples in the lab using the diabetes drug metformin. This offers promising new treatments – the first new drug treatment for sickle cell disease in 30 years and the first ever for beta thalassemia.

Starting with 171 patient blood samples and later expanding to 400 more, Dr. Vivien Sheehan, assistant professor of pediatrics at Baylor and Texas Children’s Cancer and Hematology Centers, and her research colleagues were looking for genetic differences in sickle cell patients who make a lot of fetal hemoglobin versus those who do not. Collaborating with Baylor’s Human Genome Sequencing Center, they used whole exome sequencing and discovered that the FOXO3 gene seemed to control fetal hemoglobin. They found that patients with mutations in the FOXO3 gene made less fetal hemoglobin. Researchers proved this association in the lab by knocking out FOXO3 in human bone marrow cells, which resulted in less fetal hemoglobin, and then overexpressing the gene, which increased it.

With funding from Pfizer, a clinical trial has launched to further study the effectiveness of metformin in patients with sickle cell disease and beta thalassemia.