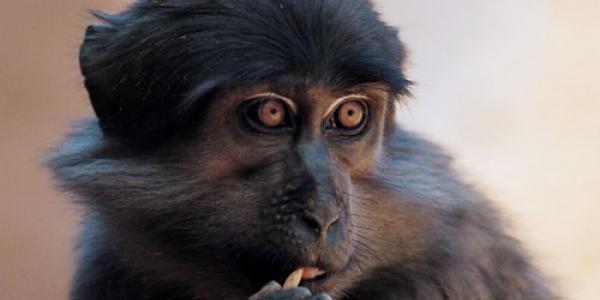 Simian immunodeficiency virus (SIV) infection in macaques behaves in a similar way as infection by human immunodeficiency virus (HIV) in humans, progressing into acquired immunodeficiency syndrome (AIDS) over time. However, in sooty mangabeys, a primate species native to West Africa, SIV infection is non-pathogenic. Researchers from an international group of institutions, organized and led by Baylor College of Medicine and Emory University, set out to sequence and analyze the genomes of two nonhuman primates to investigate the mechanisms that drive disease progression, and thus to develop new insights into the behavior of the HIV virus in humans. The research appears in Nature.

“Primates are natural hosts for certain diseases, and sooty mangabeys in particular are natural hosts for SIV, meaning they can be naturally infected with the virus and sustain long-term infection without ever progressing to disease. However, macaques rapidly progress into AIDS-like disease and succumb to SIV when infected,” said Dr. Jeffrey Rogers, associate professor in the Human Genome Sequencing Center (HGSC) and Department of Molecular and Human Genetics at Baylor.

Researchers at the Yerkes National Primate Research Center, Emory University, led by Dr. Guido Silvestri, shared sooty mangabey samples with Rogers and his team at the HGSC to be sequenced and assembled. Once sequenced, the mangabey genome results were sent back to Emory for analysis, including direct comparison with the rhesus macaque and human genomes.