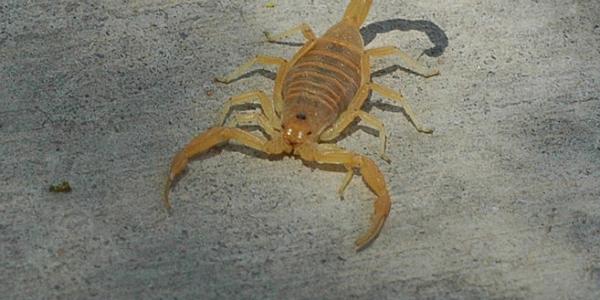 Dr. Kim Worley of the Baylor College of Medicine Human Genome Sequencing Center spoke with science journalist Nicholas Gerbis of KJZZ in Phoenix about the genome study of the common house spider and the Arizona bark scorpion appearing in BMC Biology.

Analysis of these genomes indicates that spiders and scorpions share an ancestor that made new copies of all the genes in its genome over 400 million years ago. This process, known as whole genome duplication, is one of the largest evolutionary changes that can happen to a genome and is relatively rare during animal evolution.

"One copy can continue to provide the functions that it was used for originally," remarked Worley, "and the new copy is not constrained to provide those functions because the original copy's already providing it."