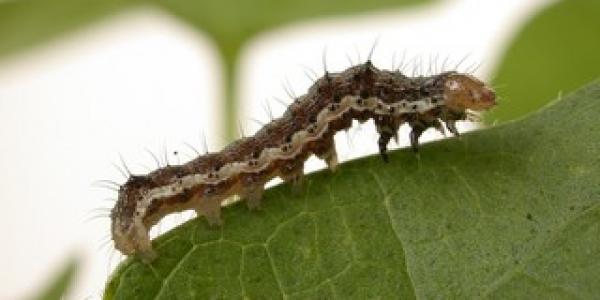 The Human Genome Sequencing Center at Baylor College of Medicine, in collaboration with the Australian Commonwealth Scientific and Industrial Research Organisation (CSIRO) and an international team of renowned researchers, has sequenced the genomes of the world’s most destructive caterpillar pests of broad-acre crops. The research appears in BCM Biology.

Helicoverpa armigera and Helicoverpa zea, commonly known as the Cotton Bollworm and Corn Earworm, respectively, cause in excess of $5 billion in control costs and damage each year across Asia, Europe, Africa, the Americas and Australia. The old-world bollworm, which is dominant in Australia, attacks more crops and develops much more resistance to pesticides than its new-world earworm counterpart.

“The bollworm is the single most important pest of agriculture in the world, making it humanity’s greatest competitor for food and fiber," said CSIRO scientist Dr. John Oakeshott. "Its genomic arsenal has allowed it to outgun all our known insecticides through the development of resistance, reflecting its name armigera, which means armed and warlike.’

In Brazil, the recently arrived bollworm H. armigera has been spreading rapidly, and cases of it hybridizing with the earworm have been found, posing a real threat that this new “superbug” could spread into the United States.

Because they are good fliers, populations of the old-world bollworm range across Europe to China and as far as Australia, with the oceans separating them from the new-world Corn Earworm known in the Americas.

“There has been good control of the Cotton Bollworm with Bt Cotton, a plant that expresses a toxic bacterial insecticide, which enabled far less use of chemical pesticides. But the species is adept at overcoming both plant resistance and pesticides as evidenced by the many genes encoding detoxifying enzymes found in its genome – a major reason for its megapest status,” said Dr. Stephen Richards, assistant professor in the Human Genome Sequencing Center at Baylor.

Identifying pest origins will enable resistance profiling that reflects countries of origin when developing a resistance management strategy, while identifying incursion pathways will improve biosecurity protocols and risk analysis at biosecurity hotspots, including national ports. These genome sequences also allow the application of new genetic tools such as RNA interference and CRISPR to be used in an attempt to control these pests.