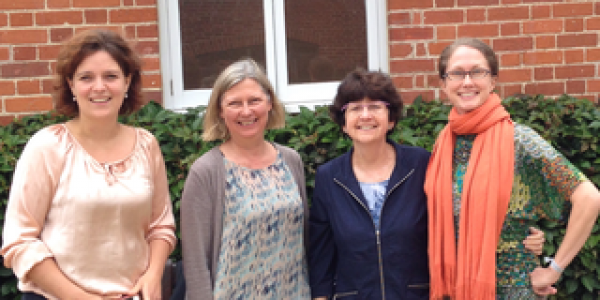 An international team of researchers has identified a new rare genetic condition – a chromosome breakage syndrome associated with severe infections and lung disease in infants. The discovery provides an explanation for this deadly pulmonary disease, possibilities to diagnose it and opportunities for developing alternate ways to treat it. The results appear in the Journal of Clinical Investigation.

Independently from each other, a team of researchers at Baylor College of Medicine and a team at the University Medical Center Utrecht in The Netherlands identified a local family with two young children with severe infections and lung disease.

In collaboration with Dr. David Wheeler, professor of molecular and human genetics at Baylor, Dr. Deborah Ritter, research scientist of pediatrics at the Human Genome Sequencing Center at Baylor and Texas Children’s Hospital, compared the sequencing data from one pair of siblings' genes with the data in newer databases containing genetic info from tens of thousands of individuals. Ritter’s work strongly suggested that the mutations of NSMCE3 gene present in the infants were responsible for the severe lung disease and infections that affected the children.