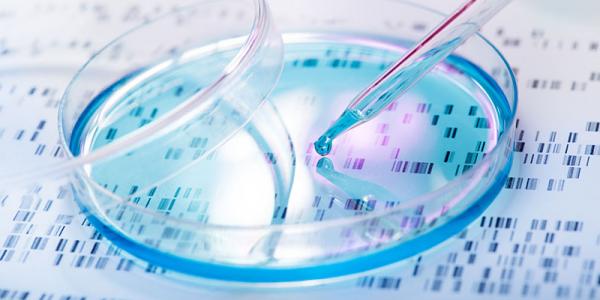 Researchers at the Human Genome Sequencing Center at Baylor College of Medicine have conducted a study of 20 individuals with Xia-Gibbs Syndrome, a rare condition that has symptoms of severe developmental delay, sleep apnea, delayed speech and generalized upper body weakness, and have established a registry to collect genetic and other clinical information from patients with the condition.

As discovered in 2014 by a team led by Dr. Richard Gibbs, professor and director of the Human Genome Sequencing Center at Baylor, Xia-Gibbs Syndrome is the result of new changes within the AT-Hook DNA Binding Motif Containing 1 gene (AHDC1). The new study, which appears in the American Journal of Medical Genetics, shows that the gene is more susceptible to mutations than previously known.

The registry, which is private and HIPAA protected, is the next step in identifying and studying the full spectrum of the disorder. The current group of 30 enrollees in the registry learned about the study through their doctors, social media, including a private Facebook page for families affected by Xia-Gibbs Syndrome, or elsewhere on the internet.

“We know of about nearly 70 families worldwide, and roughly half of these are participating in the registry thus far,” said Dr. Yunyun Jiang, postdoctoral associate in the Human Genome Sequencing Center and lead author on the study.

As more patients join the registry, accompanying laboratory work aims to understand the full range of underlying molecular changes that cause the symptoms of Xia-Gibbs Syndrome.

When we fully understand how this gene damage causes Xia-Gibbs Syndrome, we can begin the path to a cure.

“We recently encountered a patient who is more than 50 years old, which is remarkable because this condition is typically only identifiable in children,” said contributing author Dr. David Murdock, assistant professor of molecular and human genetics at Baylor and assistant director of the clinical lab in the Human Genome Sequencing Center. “When we fully understand how this gene damage causes Xia-Gibbs Syndrome, we can begin the path to a cure.”

Current work in the Human Genome Sequencing Center is focused on whether mild mutations lead to a more mild form of the disorder, as well as the construction of animal models to help study the condition.

“Given the rarity of this disease, scientists and physicians are seldom able to gather all the information about a group like this. It is something that has really been lacking in the field,” said Gibbs, corresponding author on the study and also the Wofford Cain Chair and Professor in Molecular and Human Genetics at Baylor. “With the growth of the registry and future mouse model studies, there is hope that we will get to the bottom of this one.”

Other contributors to this work include Drs. Amy McGuire, James Lupski, Jennifer Posey, Michael Khayat, Fan Xia, Qingchang Meng and Mullai Murugan, all with Baylor, Luis Sanchez-Pulido and Chris Ponting with the University of Edinburgh, and Jill Hunter with Texas Children’s Hospital.

This work was supported by the National Human Genome Research Institute, the Texas Institute for Advanced Studies at Texas A&M, the UK Medical Research Council, and by a private donation.