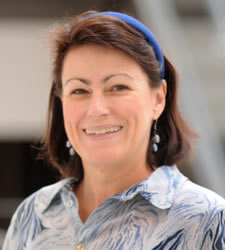 Profiling the genome of the pancreaticobiliary and duodenal tumors

The pancreas is the siege of different tumor types originating from different cellular components. The pancreas is connected to the surrounding organs by the pancreatic duct that is fused with the bile duct to form the Ampulla of Vater in the duodenal region. It is a complex environment from which arises some of the deadliest tumors such as the pancreatic ductal adenocarcinoma (PDAC), the 11th most common cancer in the USA but the 4th in fatalities.

The onset and progression of cancer is driven by extensive rearrangement and mutation of the genome. My interest is to detect and characterize the somatic mutation profile of PDAC, pancreatic neuroendocrine tumor, precancerous IPMN, ampullary adenocarcinoma, cholangiocarcinoma, and ductal adenocarcinoma.  By collaborating with local and international institutions to obtain representative amount of tumors and comparing the profile of each of these tumors, my collaborators and I are hoping to identify driver genes that can be targeted for personalized treatment.

The first step in the sequencing pipeline is the isolation of nucleic acids of high quality.  As the director of Nucleic Acid laboratory at the BCM-HGSC, I supervise the processing of about 1,600 samples per year from sources as varied as solid tissues and body fluid of different origin from deidentified patients, nonhuman primates and mammals collected by our collaborators.

Sepsis is caused by an overwhelming immune response induced by hyperactivation of its primary arm, resulting in a deadly excess of inflammation. A few years ago, when studying genes expressed during macrophage differentiation, I discovered TREM1-sv, a splice variant of TREM1 receptor that transmits activation signal to macrophage. To validate the hypothesis that this variant acts as a natural immune regulator in human, the protein was synthesized and injected in two different sepsis mouse models.  TREM1-sv protein prevented hyperactivation of the immune response.  By regulating the immune response, this natural human protein has shown efficacy to prevent death from excess inflammation in preclinical model. We are presently working to validate this new biotherapeutic as a treatment for sepsis.

In collaboration with the Sultan Qaboos Universiy of Oman, my Omani collaborators and I are studying and comparing the genetic profile of infant, juvenile, and adult onset glaucoma and metabolic diseases in the Omani population.